To build a ragging free environment by instilling the principles of democratic values, tolerance, empathy, compassion and sensitivity to students to emerge as responsible citizens

To create an atmosphere of discipline by spreading a clear message that no act of ragging is permitted inside college premises and outside the campus.

Ragging involves abuse, humiliation, or harassment of new entrants or junior students by the senior students. It often takes a malignant form wherein the newcomers may be subjected to psychological or physical torture.

Ragging is strictly prohibited in the college premises. If anybody indulges in such kind of activities, it will be viewed seriously and stringent action will be taken. Supreme Court of India has banned ragging.

RULES & REGULATIONS FOR PREVENTION AND PROHIBITION OF RAGGING

The All India Council for Technical Education (AICTE), New Delhi vide its Notification no. 37-3/Legal/AICTE/2009 dated 25-03-2009 has taken a very serious view of ragging incidences in educational institutions and on Directions of the Hon’ble Supreme Court of India vide its order dated 16.5.2007 has ordered strict implementation of following rules & regulations for prevention and prohibition of Ragging in technical Institutions

The Hon’ble Supreme Court has, inter-alia, mentioned the following types of ragging:-

✔      Any act that prevents, disrupts or disturbs the regular academic activity of a student by exploiting the services of a junior student for completing the academic tasks assigned to an individual or a group of seniors is also an aspect of academics related ragging prevalent in many institutions, particularly in the technical institutions.

✔      Any act of financial extortion or forceful expenditure burden put on a junior student by senior students should be considered as an aspect of ragging on economic dimensions.

✔      Any act of physical abuse including all variants of it: sexual abuse, homosexual assaults, stripping, forcing obscene and lewd acts, gestures, causing bodily harm or any other danger to health or person can be put in the category of ragging with criminal dimensions.

✔      The human rights perspective of ragging involves the injury caused to the fundamental right to human dignity through humiliation heaped on junior students by seniors often resulting in the extreme step of suicide by the victims.

Actions to be taken against students for indulging and abetting in Ragging in technical institutions Universities including Deemed to be University imparting technical education:-

⮚      The punishment to be meted out to the persons who indulge in ragging has to be exemplary and justifiably harsh to act as a deterrent against recurrence of such incidents. The students who are found to have indulged in ragging should be debarred from taking admission in any technical institution in India.

⮚      For, every single incident of ragging, a First Information Report (FIR) must be filed without exception by the institutional authorities with the local police authorities.

⮚      Depending upon the nature and gravity of the offence as established by the Anti-Ragging Committee of the institution, the possible punishments for those found guilty of ragging at the institution level shall be any one or any combination of the following.

iii.                Withholding/withdrawing scholarship/fellowship and other benefits

vii.              Suspension/expulsion from the hostel and / or the institution for a period ranging from 1 to 4 semesters

viii.            Expulsion from the institution and consequent debarring from admission to any other institution.

According to the Hon’ble Supreme Court of India Ragging constitutes one or more of any of the following acts which may cause or is likely to cause physical or psychological harm or to raise fear or apprehension thereof in a fresher or a junior student:

Any complaint of ragging should be made to the Anti Ragging committee by a student, immediately of its occurrence. The committee should complete the enquiry within 24 hours and file a complaint with the police if a student or any other person is found guilty of ragging.

You may register the complaint on toll-free phone number (1800-180-5522), or through email (helpline@antiragging.in).

Students can log on to the Anti-Ragging Portal: www.antiragging.in or visit.

COMMITTEES AND THEIR FUNCTIONS:

Anti‐Ragging Committee shall be headed by the Principal and shall consist of representatives of civil and police administration, local media, Non-Government Organizations involved in youth activities, faculty members, parents, students belonging to the fresher’s category as well as seniors and non‐ teaching staff. It shall monitor the Anti-Ragging activities in the institution, consider the recommendations of the Anti‐Ragging Squad and take appropriate decisions, including spelling out suitable punishments to those found guilty.

The Anti‐Ragging Squad shall be nominated by the Head of the institution with such representation as considered necessary and shall exclusively consist of members belonging to the various sections of the campus community. The squad shall have vigil, oversight and patrolling functions. It shall be kept mobile, alert and active at all times and shall be empowered to inspect places of potential ragging and make surprise raids on hostels and other hot spots. The squad shall investigate incidents of ragging and make recommendations to the Anti‐Ragging Committee and shall work under the overall guidance of the Anti‐Ragging Committee. The Anti‐Ragging Squad shall make surprise raids on the hostel and campus premises without prior notice or without affixed time schedule.

PERIODICITY OF THE COMMITTEE

Meeting will be organized before the classes commence for I BE students. Meetings will also be organized when the need arises. The committee members will be changed every year. 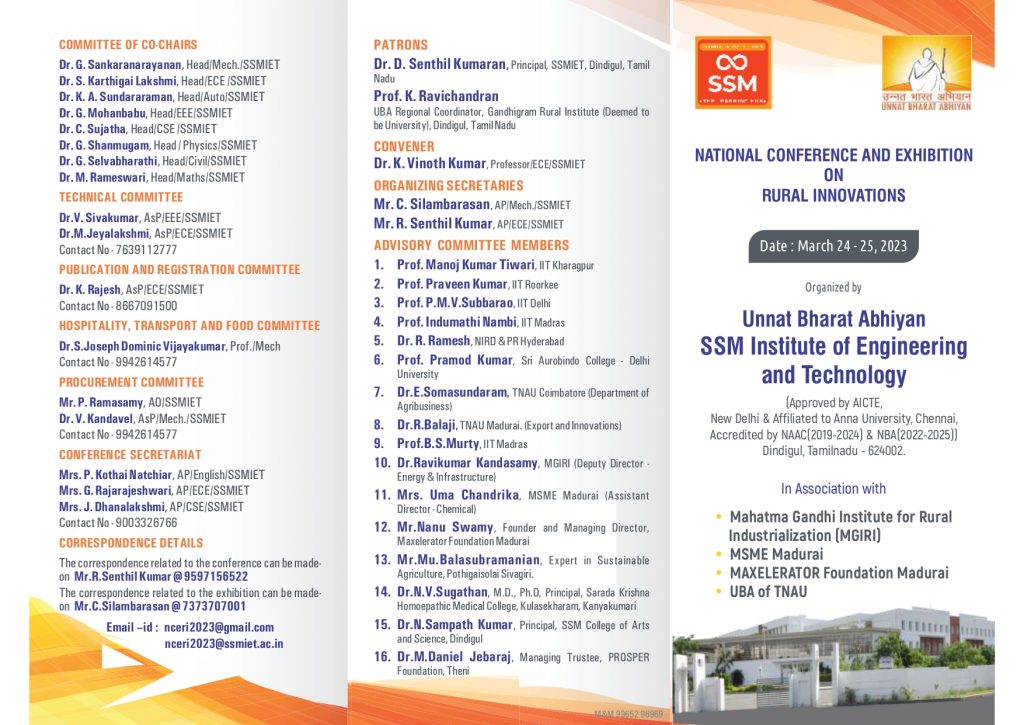